Hailing from the Eastern Highlands and New Ireland provinces of Papua New Guinea, though now Sydney Australia-based, Ngaiire has a career that crosses genre and artform. The recipient of 4 National Live Music Awards, an fbi Radio SMAC Award for best live act, and the inaugural Australian Women in Music Award for Artistic Excellence, Ngaiire’s albums have been celebrated around the world. Her work has seen her grace the stages of Glastonbury to Splendour in the Grass; go on national tours alongside the likes of Sufjan Stevens, Alicia Keys, Flume, and Leon Bridges; compose for dance companies; and have her work exhibited in art spaces. With 2020 rendering the live touring circuit dormant, Ngaiire has surprisingly still been able to kick some significant goals. In 2021, she became the first musician to play in front of the National Press Club in Canberra, became the first Papua New Guinean to appear on ABC’s “Play School” (Australia’s “Sesame Street”), the first Papua New Guinean to be painted for the historical Archibald prize, as well as have her first ever piece as an artist exhibited at the iconic Art Gallery of NSW.  In Summer of 2021, Ngaiire released her album 3, an album that led her to return to her home town in Papua New Guinea in a visual, cultural and musical exploration.

A performance from Ngaiire and her full touring band melds electronic neo-soul, gospel, and big pop sounds, strained through the lens of a first nations Papuan New Guinean songwriter. As one of the premiere touring live artists in Australia, Ngaiire is often lauded as the best voice in the country. This voice has seen her release three albums, the latest which garnered her four ARIA awards (the Australian equivalent to the Grammys).  Her songs have also been selected for use across multiple USA TV shows, most notably the gospel torch song, “Fall Into My Arms,” being chosen for use in Oprah Winfrey/Ava DuVernay’s TV show “Queen Sugar.” Touring as a 6-piece ensemble, Ngaiire’s shows give the audience the full spectrum of live performance: one moment will be a pop banger, and the next she will break your heart.

“This engagement of Ngaiire is made possible in part through the Performing Arts Global Exchange program of Mid Atlantic Arts with support from the National Endowment for the Arts with assistance from the Australian Government through the Australia Council, its arts funding and advisory body, and the Embassy of Australia in Washington, D.C.” 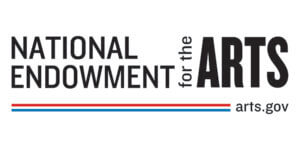