Dial in from wherever you are to hear seven brand new short plays designed by Montana Repertory Theatre for an audience of one. Much like calling a customer service number, you’ll wind your way through a series of options leading to the world premieres of work designed to inspire, provoke, and delight. Total runtime is approximately 40 minutes. Featuring work written by Marisa Carr, Emiy Feldman, Tyson Gerhardt, Jay Kettering, Nubia Monks, Jen Silverman, & Shannon Sivertsen and performed by Rosie Ayers, Bailey Carlson, Tyson Gerhardt & the Recession Special, Cyndii Johnson, Kendra Potter, Dale Raoul, and Jeff White

When you purchase a ticket, you ‘ll be able to call and listen to the plays for a three-day period – April 23-25. Just before your listening period begins, you’ll be sent an e-mail containing the phone number to call and a special access code.

Your Mother, in the Night Sky by Jen Silverman, featuring Dale Raoul

This is a Travel Story by Emily Feldman, featuring Jefferson White

Rosie Ayers has been working in Theatre, Arts education, and Activism throughout the Northwest for the last 23 years. She earned her BFA and MA at the University of Montana. When not onstage, in a community meeting, or teaching Rosie’s passion has been directing regional theatre and performing comedy regularly with her hilarious mentor Teresa Waldorf. She lives with her partner and their children in Missoula while serving her community through United Way of MIssoula County and staying active in the arts as much as possible during the pandemic.

Bailey Carlson is thrilled to be making her first appearance with Montana Rep. She is a Missoula-based Actor and musician, and a sophomore in the School of Theatre & Dance, and The School of Music at the University of Montana. After a year in the musical theatre program, Bailey realized her love for teaching through music and hopes to use her degrees to spread her love of the arts to others.

Emily Feldman’s work has been developed by Roundabout Theatre Company, The Playwrights Realm, Alliance Theatre, Second Stage Theater, A.C.T., Portland Center Stage, La Jolla Playhouse and Actors Theatre of Louisville, among others. Her play THE BEST WE COULD (a family tragedy) was on the 2019 Kilroys List. Emily is an alumna of The Working Farm at SPACE on Ryder Farm, I-73 at Page 73, The Jerome Fellowship at the Playwrights’ Center, The Orchard Project Greenhouse, The New Harmony Project, and Two Rivers Emerging Playwrights Group. Emily currently attends the Lila Acheson Wallace American Playwrights Program at the Juilliard School, is a Core Writer at The Playwrights Center, and the Tow Playwright-in-Residence at Manhattan Theatre Club. She is under commission from Manhattan Theatre Club, Playwrights Horizons and Arena Stage. M.F.A. University of California, San Diego, B.A. Middlebury College.

Tyson Gerhardt is an actor, musician, amateur folklorist, and Tony Award winning playwright of nothing whatsoever. A graduate of The University of Montana, he has spent the last few years living in a series of RV’s, trucks, and tents. His songs and stories are about the people and places he’s seen, heard of, and imagined. He is currently living in Missoula, writing and recording an album with his band, The Recession Special.

Cyndii Johnson (she/her) is an actor and writer hailing from Cleveland, Ohio. She has performed on stages at The Oregon Shakespeare Festival, Woolly Mammoth Theatre Company, Actors Theatre of Louisville, The Cleveland Playhouse, The National Black Theatre, and The Playwrights Center. She was a part of the sketch comedy show Who Made the Potato Salad? Her first film, Ash Land, was a part of the 2021 Pan African Film Festival. Cyndii received her BFA in Acting from Wright State University and is an alumni of the Professional Training Company at Actors Theatre of Louisville.

Jay Kettering was born and raised in Montana, making him one in a million (at least statistically).  Along with Cole Grant, and in partnership with Montana Public Radio, Jay released the literary podcast Words Out West in February, 2021. His one-act play Flotsam, Jetsam and Bill received an Honorable Mention from Mixing It Up Productions’ 2020 Spring Emerging Playwrights’ Contest. Jay’s radio play, My Dad and Pre-Socratic Thought, won Best Audio Play at the 2016 Moondance International Film Festival in Boulder, Colorado. His stage productions include Television Blues (BoxFest Detroit 2019), The Vorbit Incident, which premiered at the Montana Actors Theatre in Havre, Montana (2019), in conjunction with the Montana Playwrights Network, and What’s the Big Idea? Inc. (2017) at the Roxy Theatre, Missoula, as part of Time for A Quickie!, a Third Ear Production. Jay has penned four plays for the Montana Repertory Theatre’s Educational Outreach Tour, including Writing Wild: The Adventures of Jack London. For their 2017 tour, he wrote Raised in the Saddle, which he and his wife Gwen McKenna, along with composer Fred Crase, are currently adapting into a musical. Jay works and writes in Missoula with his wife and their cat Yoko.

Nubia Monks is an actress, playwright and an educator. She wrote the Suzi Bass Award winning, “Hands of Color” which had its world premiere at the Synchronicity Theatre in Atlanta, GA. Her professional theatrical journey has allowed her to work at The Oregon Shakespeare Festival, La Jolla Playhouse, The Old Globe Theater, and The Guthrie Theater. In this new age of virtual theater, Nubia has been involved in many zoom readings and is currently working on a virtual production of Othello with the Women’s Theatre Festival where she will be playing the role of Othello. Nubia is excited to be working with the Montana Rep and being able to share such a powerful story of triumph and healing. Follow her journey at: _onlynubia(Instagram).

Kendra Mylnechuk Potter is a Native (Lummi) theatre artist and filmmaker currently based in Missoula, MT. The NY Times once called her “a skilled collaborator.” Her film performances screened at Sundance, Tribeca, SXSW, and other festivals around the world. In 2013, she won best actor in NBC/Universal Pictures Short Cuts Film Festival. NY theatre includes both off and off-off Broadway venues. Regional work includes a national tour as Shelby in Steel Magnolias for MT Rep, and productions in LA, OR, and MT. She developed a theatre and storytelling program at N’Kwusm Salish language school with William Yellowrobe, created and implemented 2017 curriculum for Missoula County Public School’s Sparks program on Native American Studies using theatre in education techniques, and presented work at Thinking Its Presence ’15 and ’17, a conference on race, creative writing, and literary study. In 2015, she co-founded MT+NYC Collaborative, and directed two of the company’s first productions: “The Woodstove,” and “Dido of Idaho”, and performed in “The Wolf” before co writing and performing the titular role in “The Buffalo Play”, which enjoyed a workshop in Missoula before its premiere in NY in the 2019 season at The Tank. She helps run annual writing retreats with MT+NYC Collaborative. With BetweentheLines Theatre, she directed “In the Snow” by Kate Morris. Kendra is producer and subject of a documentary called DAUGHTER OF A LOST BIRD about her adoption and reunion with her biological mother and Lummi heritage, currently making its festival circuit, with a premier at Maoriland, an indigenous film festival in New Zealand on March 25, 2021.

Dale Raoul began her stage career at the Old Globe Theatre in San Diego and went on to appear at many theatres across the country, including the Pasadena Playhouse, Indiana Repertory, New Mexico Repertory and the Arizona Theatre Company. She has appeared in over 100 films and television shows, a special favorite being seven seasons on HBO’s hit series TRUE BLOOD. Among her other credits are GREY’S ANATOMY, THE OFFICE, THE MIDDLE, UNDER THE DOME, FRIENDS, BONES and YOUNG SHELDON, BLAST FROM THE PAST and OUT TO SEA. Daleserves on the Board of Directors of the Skylight Theatre in Los Angeles. In 2020 she and her husband Ray Thompson were recipients of the Heroes Award from Housing Works, an organization which provides shelter and opportunities for the homeless. Dale is a native of Missoula and is proud to have appeared in the first professional season of the Montana Repertory Theatre.

Jen Silverman is a New York-based writer. Her plays include Witch (Writers Theatre, The Geffen Playhouse in LA); Collective Rage: A Play in Five Betties… (Woolly Mammoth, Southwark Playhouse in London, MCC); The Roommate (Actor’s Theatre of Louisville, Williamstown Theatre Festival, Steppenwolf directed by Phylicia Rashad, Long Wharf, South Coast Repertory, Theater Biel/Solthurn in Switzerland, Salón Teatro in Spain, etc); and The Moors (The Playwrights Realm, Yale Repertory Theatre, Seymour Center in Sydney, Red Stitch in Melbourne). Jen is a member of New Dramatists, and an affiliated artist with The Playwrights Center in Minneapolis. She’s a two-time MacDowell Colony fellow, a recipient of a New York Foundation for the Arts grant, the Helen Merrill Award, an LMCC Fellowship, and the Yale Drama Series Award. She was the 2016-2017 Playwrights of New York (PoNY) Fellow at the Lark. Jen is the author of The Island Dwellers, a collection of interlinked stories published by Random House and long-listed for the 2019 PEN America Literary Awards. Her debut novel, We Play Ourselves, was released by Random House in February 2021 and listed by O Magazine as an “LGBTQ Book That Will Change the Literary Landscape.” Jen also writes for TV and film (Tales of the City on Netflix, original work in development with FX, A24, Netflix, Ardman and Annapurna). Education: Brown, Iowa Playwrights Workshop, Juilliard. More info: www.jensilverman.com

Shannon Sivertsen’s plays include Pieces of Stupidity, There’s a Finnish Word for That, Too Much, Bastet Bound, and The Do-It Diary. Shannon’s work has been developed and performed by the Missoula Colony with the Montana Repertory Theatre. Shannon earned a Bachelor’s of Science in Education from the University of Wisconsin-Eau Claire. Shannon’s theatrical instruction was aided by the University of Montana School of Theatre and Dance, Montana Repertory Theatre’s Colony workshop, and the performing arts community of Missoula, Montana.

Jeff White (he/him) (@_JeffersonWhite) is a Brooklyn based actor, writer and filmmaker from Iowa. His work can be seen on The Paramount Network’s YELLOWSTONE, CBS All Access’ THE TWILIGHT ZONE, Netflix’s HOUSE OF CARDS, TNT’s THE ALIENIST and at www.meanstoproduce.com. 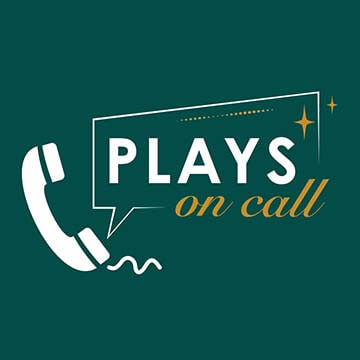